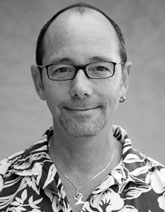 Adi Ell-Ad is an independent Producer/Editor with over two decades of experience in creative film and television production and post-production. He’s an artistic story telling editor that brings originality to every project. He drives from years of working on both long and short form projects and taking them to the next level. Every project has its own story of beginning middle and end. Adi writes with his tool of choice, the editing bay.

His creative editing for on-air campaigns, presentations and DVD bonus features for network, cable, and syndicated television programming, has been instrumental to the success of many TV shows and movies. His credits include projects with such notable companies as ABC Network, NBC, 20th television, Sony Picture Television, Disney Channel, Lions Gate, WGN, PBS Kids Sprout and more. Projects include: the launch of King of Queens into syndication with more then 400 promos for SPT, Alias syndication launch for BV, Malcolm in the Middle, The Bernie Mac Show for 20th, DVD Extras for Ugly Betty, Camp Rock, The Hoax and more recent a mega campaign for DC’s new number one show, Shake It Up.

Born in Israel and growing up in Chicago, five years as a submariner in the Israeli Navy, college in NYC and a world traveler, allows him the unique vision he brings to the editing table.

Adi has recently relocated to Maui, Hawaii, where he set shop and is planning on bringing yet another perspective to your next editorial project.